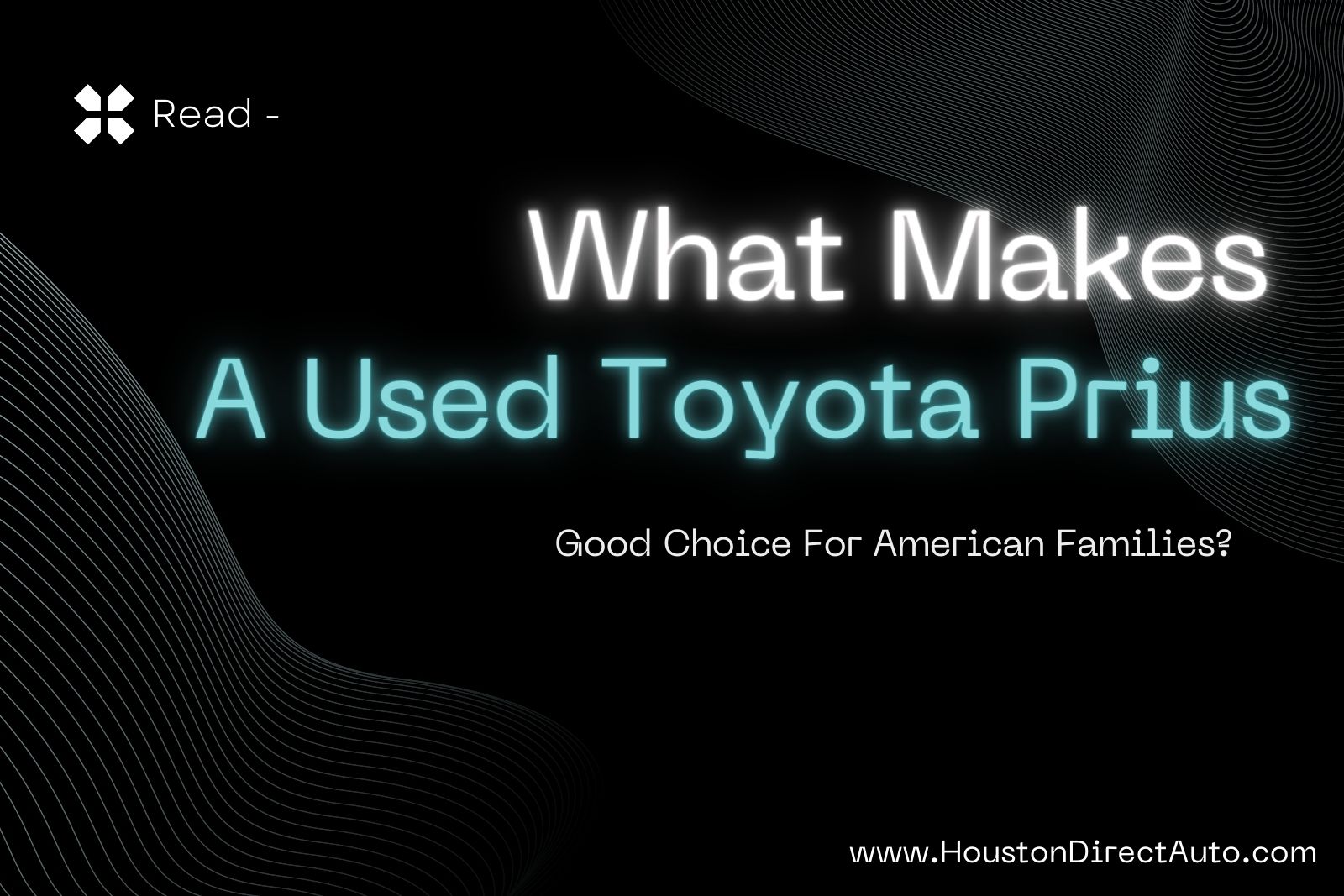 The Toyota Prius is a superb alternative for anyone interested in getting a hybrid vehicle. Toyota is a company that is known for the quality and durability of its vehicles. This reputation has helped the Toyota Prius to be one of the best-selling hybrid vehicles available on the market today. Toyota has been making the Prius for over two decades now. They’ve got the science of building hybrid engines down better than just about any manufacturer. This Toyota Pre Owned In Houston TX is a safe bet and an all-around good investment. Below, we have mentioned a few good reasons why you should consider buying a used Toyota Prius in Texas:

It’s Good for the Environment – Toyota Pre Owned In Houston TX: The best reason to own a hybrid vehicle is that they’re environmentally friendly. If you own a Toyota Prius, it will release significantly lower amounts of carbon dioxide into the air. Also, you will be buying a lot less gasoline too. This could ultimately help to wean us off of the need for fossil fuels. If you are anxious about environmental issues, choosing a used Toyota Prius is definitely a great option.

Outstanding Reliability – Toyota Certified Used Cars In Houston TX: Year after year, Toyota’s keep proving to be the most reliable car available on the road. At any moment, there are generally more old Toyota still running than comparable models from other manufacturers. That kind of reliability gives every Toyota a high resale value as well. While there are no hard statistics on such a new model as the Prius, the models were largely the same.

Nice Handling – Toyota Dealers Used Cars In Houston TX: The Toyota Prius offers surprising nice steering dynamics. The handling is better than it’s ever been for the Prius. These hybrids were never known for their performance. You shouldn’t expect athletic performance and track-ready acceleration here. Still, Toyota has improved the steering accuracy and feedback dramatically over previous models of this car. Also, tight curves can even be tackled with ease and very little body roll.

Plenty of Standard Features – Used Toyota Dealership In Houston TX: The Prius comes loaded with a ton of nice standard features for its price point. On the outside, you will get heated mirrors that quickly defrost in cold weather. You also get LED headlights, taillights and fog lamps. On the inside, even the base model comes stock with heated front seats. Furthermore, the Toyota Prius is big on modern technology. Its infotainment system comes with a large touchscreen and a powerful audio system. Connectivity is better than ever with Apple CarPlay being added this year. Also, an integrated navigation system is included and for the best music experience, there is a premium system from JBL.

It’s a Safe Vehicle: Last but not least, the Toyota Prius is a safe vehicle for you and your loved ones. Upfront, you get Toyota’s Advanced Airbag System. This includes standard, side, cushion and knee airbags. For the rear seats, you get front- and rear-curtain-shield airbags. An engine immobilizer helps to protect your vehicle from theft. Also, Toyota includes its Safety Connect system on all models. This gets you in touch with emergency services in the event of an accident or breakdown. Toyota Safety Sense provides several driver-assist programs such as Pre-Collision Detection and Lane-Departure Alert.

These are some of the good reasons that make the Toyota Prius a great vehicle for American families. If you’re looking around for a certified Toyota Pre Owned In Houston TX, you should stop by Houston Direct Auto today! We have plenty of reliable and affordable used vehicles available in our inventory. Also, we offer numerous in house financing options to help credit-challenged car shoppers in getting approved for the car loan. Plus, we provide limited warranties and a free CarFax report attached along with each used vehicle available in our inventory. To know more details, feel free to contact us today!