What Are Some Good Reasons For Considering A Used Audi RS7? 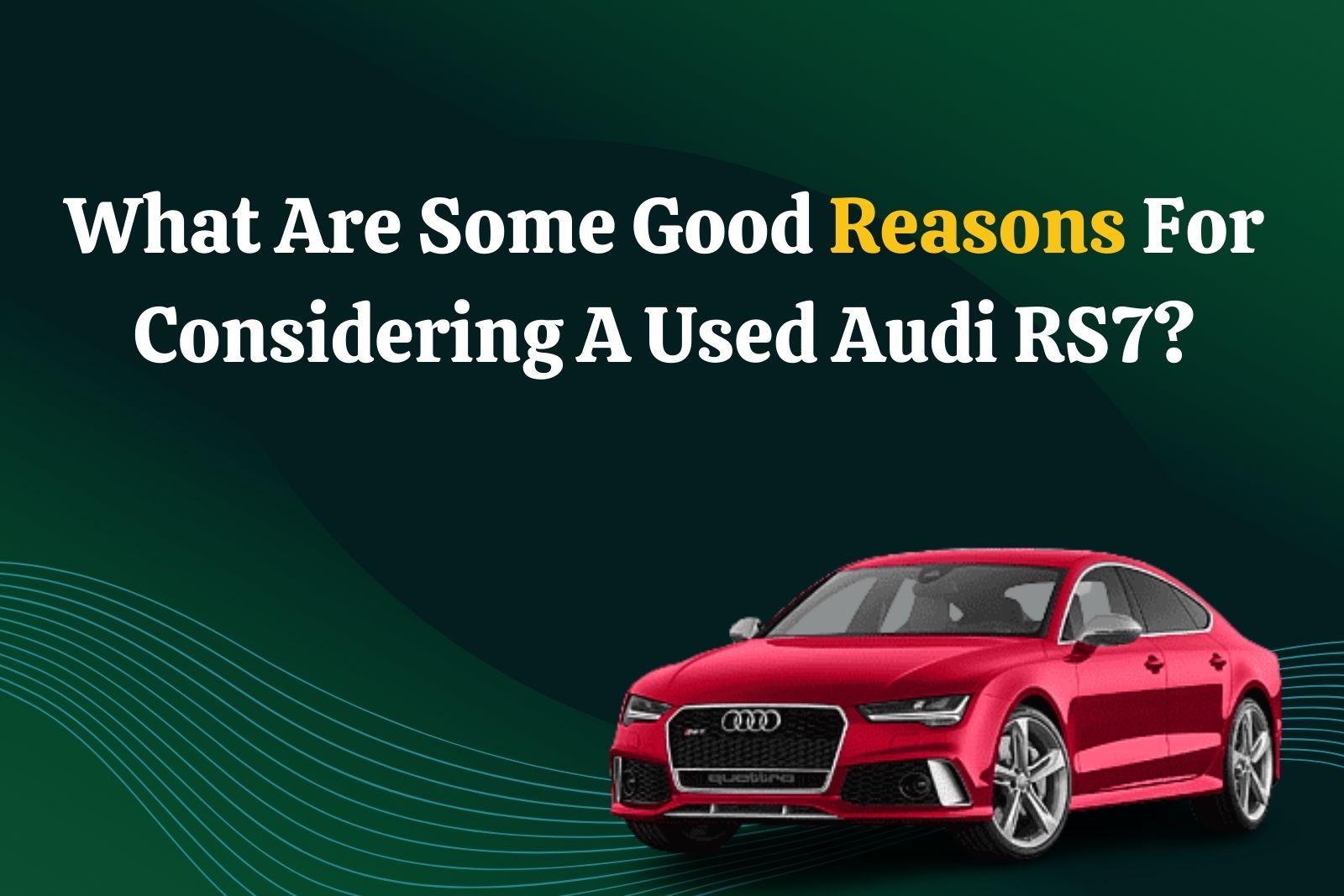 Audi is well known in the American automotive market for manufacturing high-performance vehicles that provide continuous thrills. It comes equipped with a super-potent engine and a track-tuned suspension system. The Audi RS7 is one of the most thrilling full-sized sedans available on the automotive market. Despite any RS7’s model, it is still outfitted with several luxurious components. Although this Audi Pre Owned In Houston TX is an expensive ride, it lives up to its hype. Furthermore, many automotive experts describe it as a luxurious race car. To help buyers know what makes the Audi RS7 a good choice, we have mentioned a few good reasons below –

Capable Family Hauler – Used Audi For Sale In Houston TX: Along with the Audi RS7’s outstanding driving dynamics, it also offers a legitimate family vehicle. It is the perfect alternative to an exotic two-door sports coupe. Even tall passengers will be easily sitting comfortably in the back. Also, travelers who are going for a long trip will find the Audi RS7 to be a great touring vehicle.

Stunning Appearance – Audi Pre Owned In Houston TX: The Audi RS7 is dramatically sportier than the regular A7 sedan. The RS7’s blacked-out grille gives it a very aggressive appearance. Likewise with other vehicles in the Audi lineup, the RS7 features distinctive LED running lights. When traveling along the road, the sedan’s 20-inch performance wheels look spectacular. Furthermore, the oval exhaust tips highlight the rear of the sedan’s aggressive character.

Surprising Fuel Economy – Audi Used Cars In Houston TX: Another good reason for considering the RS7 is getting surprisingly great fuel economy. Most people would expect the RS7 to suffer from poor fuel economy. Fortunately, with a highway fuel economy rating of 27 mpg, the high-powered RS7 could be used as a daily driver. However, the owner must drive with a light foot to get the best possible fuel efficiency.

Powerful Braking System – Audi For Sale Near Me In Houston TX: The Audi RS7 comes with a powerful braking system that makes it a true performance vehicle. A weak braking system can be a major drawback for buyers. It has carbon-ceramic brakes that bring the big sedan to a prompt stop. Also, the enhanced stopping power will help to build more passenger safety. While the drilled brake rotors also help to reduce heat buildup.

Luxurious Features – Used Audi Cars For Sale In Houston TX: Last but not least, the inside of the Audi RS7 is loaded with luxurious features. It has a flat-bottomed steering wheel that gives the driver total command of the sedan. Also, drivers will find the retractable display screen to be a major convenience. Furthermore, it includes many cutting-edge features like massaging seats, voice-controlled navigation, and a Wi-Fi hot-spot. But, Audi’s pleasing infotainment system is one of the sedan’s most worthwhile features.

These are some of the good reasons why you should consider buying the Audi RS7 in Texas. If you are searching for a reliable and affordable used car, Houston Direct Auto has an extensive collection of used vehicles such as Audi Pre Owned In Houston TX. Our staff assists credit-challenged car shoppers in getting approved for the car loan. Also, we provide limited warranties along with each vehicle available at our car lots to build confidence. For more details, feel free to contact us time!!