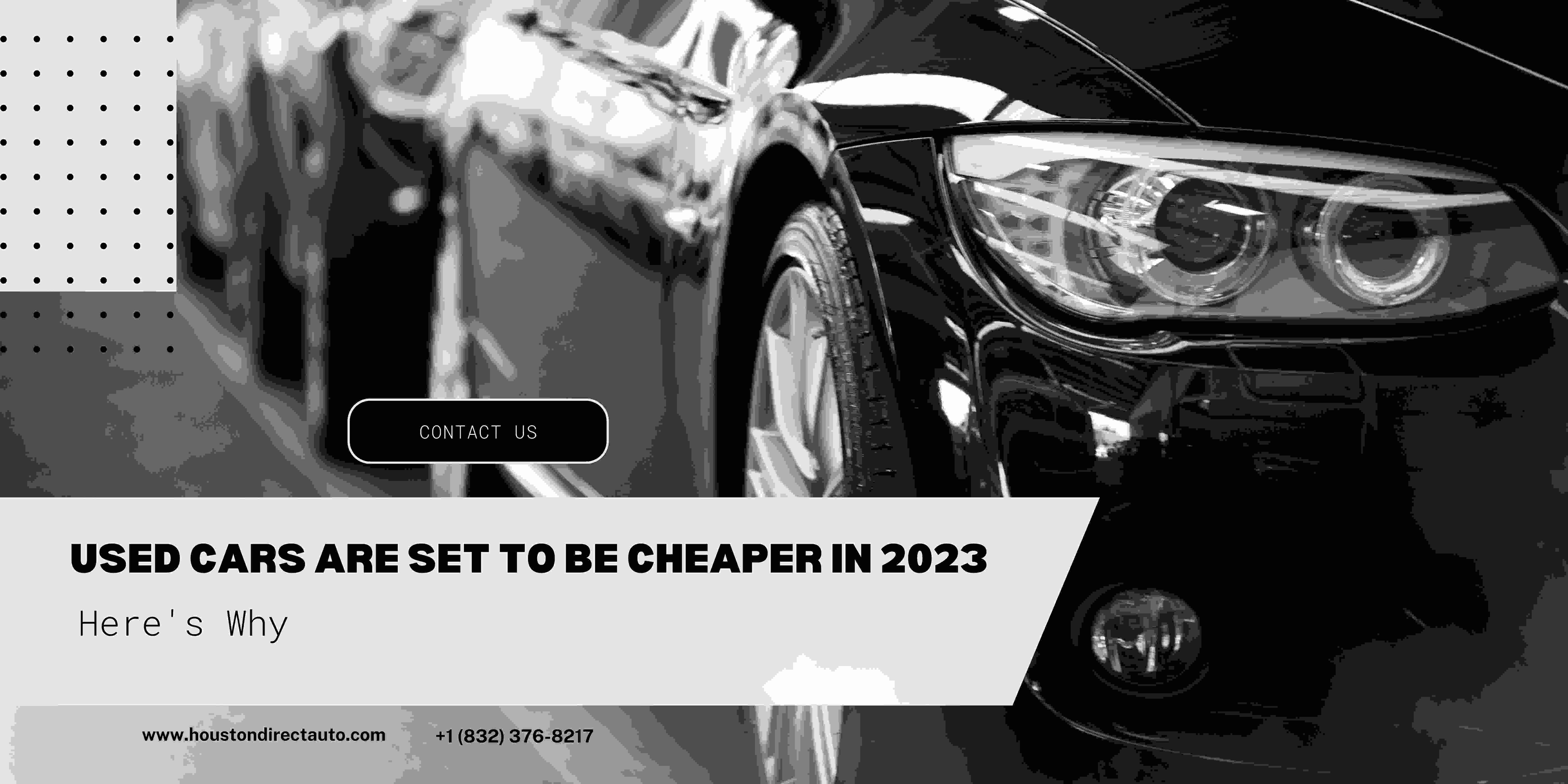 What will the price of used cars be in 2023? That’s the question many car owners are asking themselves these days, with gas prices rising and an uncertain economy on the horizon. While nobody can predict with total certainty how much more expensive or inexpensive used cars will be in 2023, several factors are weighing on the price of new and used cars in 2018 and could have an impact on their prices in 2023 as well. Let’s take a closer look at what those factors are and what effect they could have on used car prices in future years…

A study from Ally Financial claims that prices of used cars will decline by 15% by the end of 2023.

An article in Automotive News shares that Ally, which is one of the largest automotive lenders in the United States, expects a slow unwind of used vehicle prices over the next few years, Douglas Timmerman, Ally’s Dealer Financial Services president, told the publication. According to the article, In its Q4 earnings report, Ally outlined a predicted 15% decline in used vehicle prices between now and 2023 as inventory levels rise and demand returns to normal.

According to a recent analysis conducted by Cox Automotive, the average price of a used vehicle in December sat at just over $28,000—marking the first time ever that this metric has surpassed the $28,000 mark.

Although inventory levels are beginning to correct, there are still 70 percent fewer used vehicles available in the U.S. than before the Pandemic. When the semiconductor chip shortage subsides, automakers will be able to build more new vehicles, which will likely lead to consumers trading in their used cars for new ones.

It is anticipated that the semiconductor chip shortage will continue to impede vehicle production for the rest of 2022, but it should subside in 2023 once chip manufacturers expand their production capacities.

In 2024, Intel, the largest American semiconductor company, will begin production at a new $20 billion chip manufacturing facility in Ohio.

Why Are Car Prices So High Now?

The reason car prices are rising is twofold: they are high in demand, and they are low in supply. Ian Lang, senior car advice editor at Bumper, said, The semiconductor shortage coincided with the start of the pandemic and continues to be a huge obstacle to auto manufacturers.

Is There a Car Crisis?

The car shortage largely results from a semiconductor shortage. This shortage is fueling the inflation of car prices because there are fewer cars in production and there are fewer hitting the market than in pre-pandemic times.

Lang explained, Currently, there are only a fraction of the cars for sale in the U.S. that were available before the pandemic. Manufacturers and dealers aren’t providing the usual “savings” or “discounts” that were previously touted because fewer new cars are being produced. When not purchasing or owning a car at all is the only other choice, purchasers are willing to pay greater prices, according to dealers.

How Much Does a Car cost?

According to David Welch, Bloomberg’s Detroit Bureau chief and author of Charging Ahead: GM, Mary Barra, and the Reinvention of an American Icon, In July, the average new vehicle sold for a record of $48,000.

Though less expensive now than it is on average in July 2020, the cost in 2020 ($38,378) is still high. The price increase started in May 2020 when a semiconductor shortage was first felt in the automotive industry. Just a few months after that, the situation took a turn for the worse.

According to Welch, prices started to rise in May 2020 as a result of the semiconductor shortage. In September 2020, when the chip scarcity grew severe, they truly took off. Many dealers weren’t haggling or offering rebates because they only had a small number of vehicles available. In fact, dealers have been taking advantage of the severe shortages and made unreasonable prices higher.

Why Did Cars Suffer During the Pandemic?

“When Covid travel restrictions were at an all-time high, the demand for new cars was at an all-time low,” said Edward Cole, automotive content publisher at Vehicle Unleashed. “Production of microchips and automobiles both fell.”

What Differences Do Microchips Make?

When Will the Cost of Used Cars Fall?

Not only new cars, but also used cars are seeing untenably high prices. The reasons are the same: there is too much demand and not enough supply, resulting in consumers flocking to buy used cars, hoping to save some money as well.

Used cars aren’t available at an affordable price right now, and they probably won’t be until the general problems are resolved – the microchip shortage, the lack of inventory, and the supply chain bottlenecking.

Is Now a Good Time to Buy a Car?

With the crazy high prices, now is not a good time to purchase a car. You would do well to wait for a bit until the New Year, or the very least until 2022 ends.

What Time Will Be the Best to Buy a Car?

The best car prices will be found in 2023, but some experts believe you could find a good deal as early as 2022’s late fall/early winter.

This is a complicated question, because there are many factors at play that can’t be accounted for and that experts can’t fully answer. This leaves us with nothing more than an educated guess: it seems likely that prices will drop by the end of the year.

While it is true that car prices are still going up and record-high prices have been seen in recent months, if you can’t wait, and need to purchase a vehicle, then by all means, do so – but do it smartly.

First research your purchase options, said Moshe D. Pourad, CEO and co-founder of 26 Motors, and make a selection based on your individual needs instead of getting whatever your favourite car company might make.