Used BMW for Sale in Houston TX - Get a Great Deal on a Luxury Car! 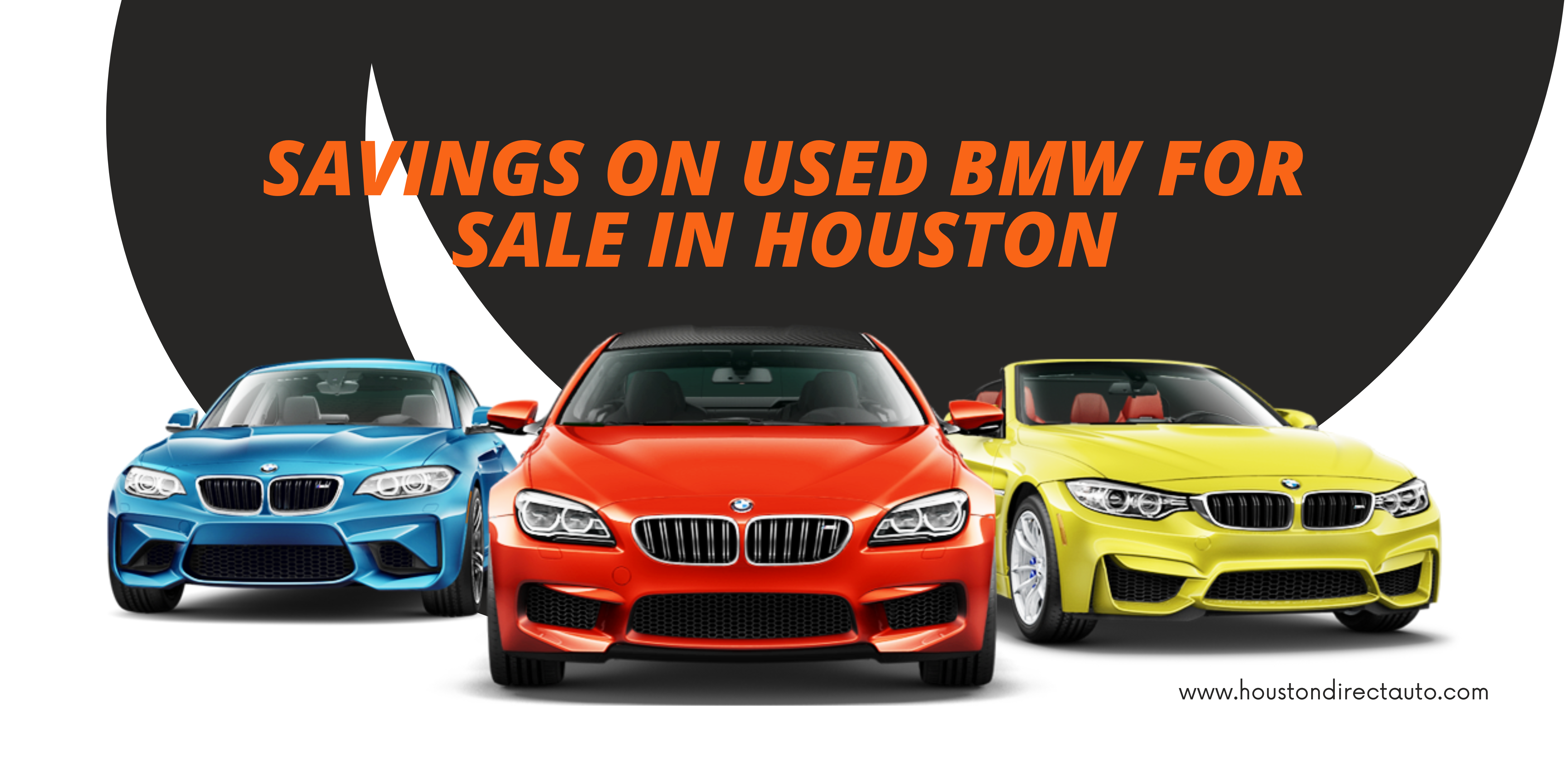 What kind of car do you want? Perhaps you already know the answer, or maybe you’re still on the fence about what vehicle would suit your needs best. But, if there’s one thing that everyone agrees on, it’s that used luxury cars are an excellent choice – whether you live in Houston, Texas or anywhere else. This article will give you all the information you need to find the right used BMW for sale in Houston TX – so keep reading!

2016 BMW 5-Series 550i xDrive – There are several powerful engines available in the 2016 BMW 5 Series, as well as excellent fuel economy, a long list of features, but its high ownership costs and below-average safety ratings push it into the second half of the highly competitive luxury midsize car class. BMW completely redesigned the 5 Series for 2017 that is part of a generation that began in 2011. A 2014 or 2015 model will have the same features and power-train as the 2016 model, but will likely cost you less. There are also dual-zone automatic climate control, a 12-speaker audio system, HD Radio, Bluetooth, and BMW’s iDrive infotainment system (with a 10.2-inch high-resolution display, navigation, a console-mounted control knob, and a touch-pad). Although the 535i and 535d are similar to the 528i, they have different power-trains. Among its features, the 550i adds Harman Kardon audio, satellite radio, front and rear parking sensors, and a rear-view camera.

Check out certified used BMW’s at Houston Direct Auto in Texas. They offer a full selection of BMW cars for sale in Houston TX

2019 BMW X3 sDrive30i – We rank the 2019 BMW 3 Series somewhere in the middle of our luxury small car rankings. It is one of the most fun-to-drive cars in this class, but some rivals offer more lavish interiors and more convenient technology. With three body styles available, the 3 Series offers energetic engines, dynamic handling, a comfortable ride, and good gas mileage ratings. This aircraft has two rows of comfortable, spacious seats, a lot of available features, and a lot of cargo space for its class. In comparison with rivals, the 3 Series falls short when it comes to interior quality and infotainment functionality. The 2019 3 Series sedan received a major redesign. In addition to the new engine and a revised iDrive infotainment system, the 2019 3 Series got sharper steering and 45 more horsepower than its predecessor.

Following are key changes for the BMW 3 Series over the last few years: 340i trim replaced 335i, and 330e plug-in hybrid replaced Activehybrid Hybrid3;

They have made some minor changes to the interior and exterior in 2017, the 330i replaced the 328; it is now possible to charge your devices wirelessly and use Apple CarPlay. Nothing major happened in 2018. Sedan body style has been completely redesigned for 2019 with more horsepower and an updated infotainment system

2016 BMW 7-Series 750i xDrive –  The 2016 BMW 7 Series has lively handling, potent engines, and a spacious cabin, but it ranks in the middle of its class because many rivals have lower costs of ownership and higher reliability ratings. Its available engines provide quick acceleration from a standstill, and it has no trouble weaving through winding roads. The 7 Series has plenty of trunk space and more rear-seat legroom than most of its competitors.  However, the 750i has some of the highest ownership costs among its rivals. The 740i swaps the 750i’s standard six-cylinder engine for a more powerful V8 engine. Standard features include leather upholstery, 10-way power-adjustable front seats, heated front seats, and an iDrive infotainment system with a 10.2-inch touch screen, a Wi-Fi hot spot, gesture control, and navigation. A 16-speaker Harman Kardon premium audio system, satellite radio, a 12.3-inch instrument cluster, wireless charging, a power tailgate, a panoramic moonroof, a power rear sunshade, and sport leather steering. The 750i comes standard with four-zone automatic climate control, a rearview camera, rear parking sensors, LED fog lights, automatic high beams, adaptive LED headlights and an air suspension system. The 750i also features multi-contour seats and a head-up display. It’s the only trim to offer BMW’s xDrive all-wheel drive. It’s the only trim to offer BMW’s xDrive all-wheel drive. While BMW drivers are used to luxurious touches such as heating seats and excellent sound systems, this 7 Series is surprisingly basic when it comes to cabin tech. There’s no Apple CarPlay or Android Auto capability or even a Wi-Fi hotspot included at this price point. That being said, it does come with the aforementioned gesture control that lets you use your hands instead of fumbling around for buttons or taking your eyes off the road. You can also find models like certified used bmw in houston tx that are priced thousands less than new models but still have warranties remaining.

2016 BMW 4-Series 428i – When looking for a 4 Series, your first decision is choosing your body style. The 4 Series is available as a coupe, convertible, or Gran Coupe (four-door hatchback). All body styles are available in the trims 428i and 435i. The base 428i comes with a 6.5-inch infotainment system, leatherette upholstery, and a range of driver assistance technologies. The 435i adds a more powerful engine, a Harman Kardon audio system, and satellite radio, but many buyers will be satisfied with the standard base model. The 435i doesn’t include many extra features and only adds horsepower. Performance-loving folks will want to get the M4, which comes in coupe and convertible body styles.