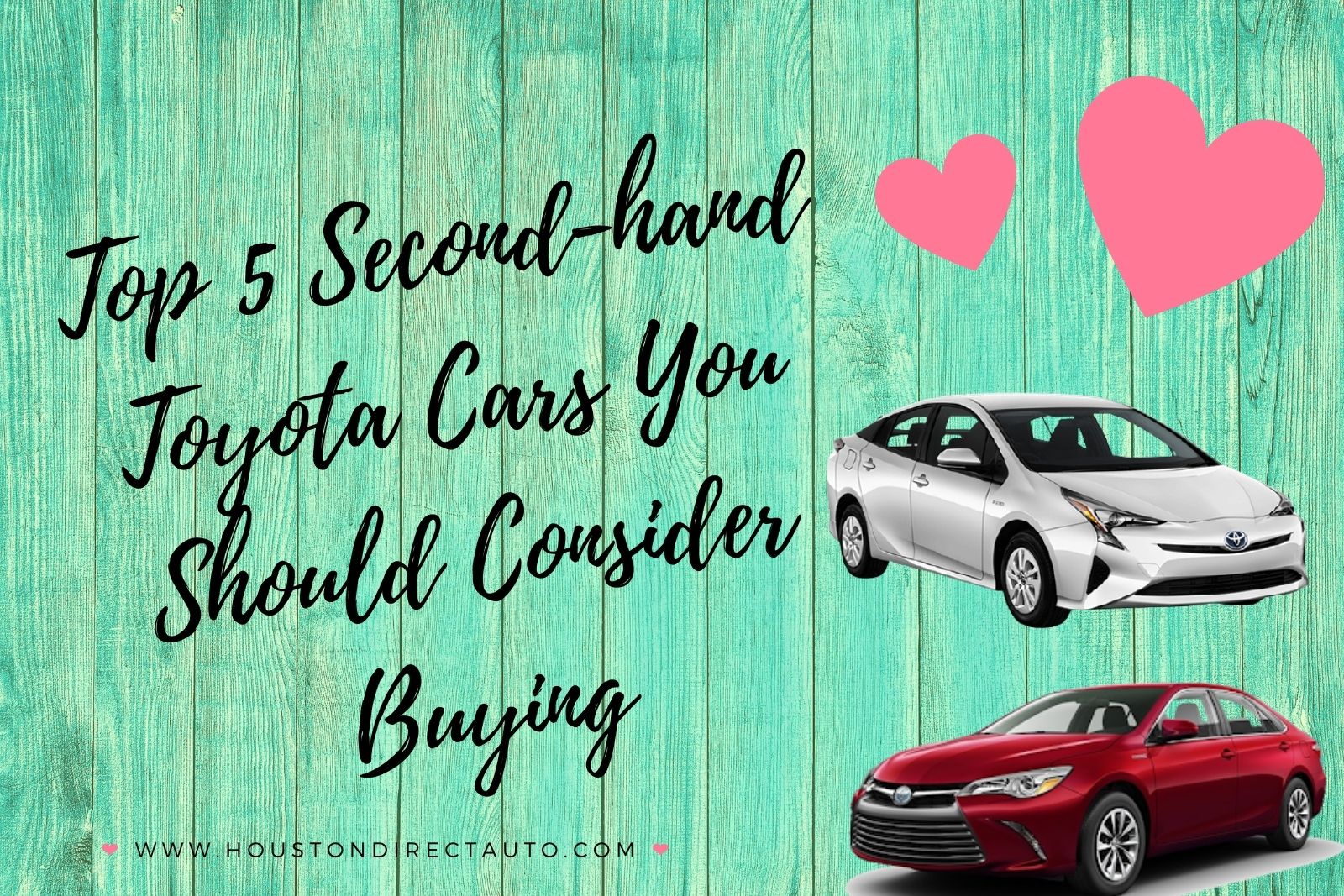 Toyota, a Japanese car manufacturer, has always been known for creating solid cars that are also very dependable and has frequently appeared on multiple reliability charts. Toyota cars often make their way in the top five or top ten cars in the US, which is a great achievement considering the competition that exists in the automobile industry. Through modern engineering, extensive R & D, extensive testing of all the components used to build their vehicles, they’ve figured out how to make a vehicle that is well-built durable, and reliable. Toyota vehicles look good, run smoothly, have good safety features, are fairly economical, and are built to last a lifetime with minimal repairs and inexpensive maintenance. (Of course, it also depends on how the owner drives it and maintains it) Toyota Used Cars can be found at any Used Toyota Dealership easily.

Toyota models are a perfect choice for a used car if you are looking for longevity since these usually have a lot of life in them, even if they’ve already covered 100,000 miles or more. With one of the broadest lineups in the market, if you are looking for a used Toyota you will have plenty of options to choose from. We provide to you a list of best-used Toyota’s in the market currently that can be your next used car to take home with you.

Without a question, Toyota Camry is one of the top-selling family sedans in the market for over a decade now.  Any version of this midsize sedan, whether in regular or hybrid, do well in terms of reliability, safety, performance, interior, fuel mileage, space, and comfort. Pleasant driving experience, and good specs and features, combined with a fuel economy of 24 miles per gallon in the city and 33 mpg on the highway make it a highly favored car in the used car market.

The Toyota Prius is still one of the best midsize hybrid cars on the market, and the same applies to used Prius models. Toyota Prius offers great reliability and safety scores, a competitive interior, versatile cargo space, and provides exceptional fuel economy making it a favorite among new as well as used car buyers. All models are good however we believe models from 2009 to 2014 would be a good choice for a second-hand Toyota Prius.

A Toyota Sienna is reliable, comfortable, and unique in its class, and comes with an optional all-wheel drive. It is one of the best minivans you can buy and is an excellent choice for larger families. Sienna boasts Toyota’s familiar 3.5-liter V6, an all-star engine renowned for its smooth power and laudable fuel efficiency. 2009 Sienna is a perfect choice and has the highest ranking, however, even other model years, from 2010 up to 2014 are also worth considering for a Used Minivan or family vehicle.

Toyota RAV4 is one of the most appealing small SUVs in the market. 2010 RAV4 ranks among Toyota’s best-used models thanks to its dependability, safety, great value, and total cost of ownership. It also earned some points for generous cargo space and optional third row of seating. RAV4s from 2009, 2011, and 2012 are also good choices for a used Toyota SUV.

Toyota Tacoma is a compact pickup with a mix of above-average reliability, strong safety scores, a well-crafted interior, and a competitive fuel economy. Tacoma has one of the nicest cabins in the class with comfortable seating, high-quality finishes, and quite a few features to offer.  It also adds great off-road capability into the mix thanks to its high ground clearance and numerous off-road oriented features and packages.

There are other Toyotas such as Toyota 4Runner, Toyota Highlander, Toyota Corolla, Toyota Venza, Toyota, and others that are also great choices and worthy of your consideration.

Visit our website www.houstondirectauto.com or come visit us in person to find Toyota Certified Used Cars (or used cars, in general, we have many brands and makes) of your choice. We have an awesome selection of Used Toyota Trucks For Sale.