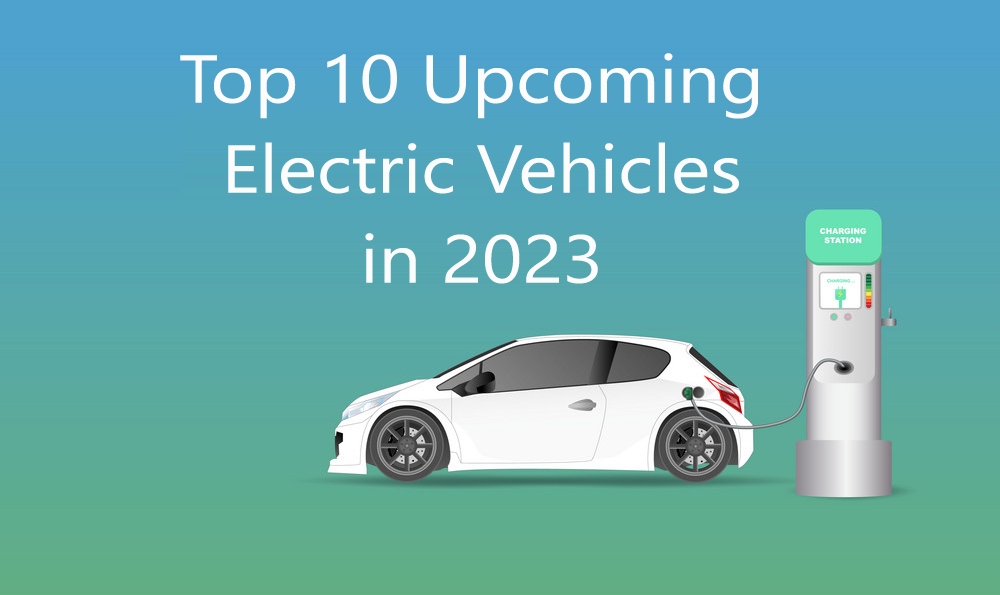 Electric cars are the future, and every year we’ve seen automakers add more EVs to their lineups. Everyone is working on electric vehicles, from well-established existing manufacturers to new names like Byton, Canoo and Rivian. We have compiled a list of every electric vehicle from concept to production, which is not available yet but will be soon.

The auto industry is undergoing a paradigm shift due to carbon neutrality targets in North America, Europe and China, and top automakers are preparing a massive ZEV attack to reduce their average emissions. 2023 will be the year when the largest number of new electric cars will be unveiled and launched. Over 40 new EV models are debuting or launching for customers in 2023, and surprisingly most are SUVs. Many of the new 2023 electric cars will be models designed to run on electric power from the outset.

Below we have listed many EVs that expected to launch in 2023.

The Q6 e-tron will likely debut in the second half of 2023. The Audi Q6 e-tron four-ring will be the brand’s second mid-size electric SUV, but a few years down the line, it is expected to replace the Audi e-tron. It will be one of the first models from the Volkswagen Group to ride on the PPE platform, co-developed by the Porsche-Audi.

It’s based on the scalable Premium Platform Electric (PPE) architecture that can be lengthened, lifted, and widened for a variety of different EV models. It will be sold alongside the gas-powered A6—and it’s likely the first EV we’ll see on the PPE platform that underpins future electric Audis. The A6 e-tron concept uses two electric motors with a combined output of 469 horsepower.

The BMW i7 features an unusually large kidney grille with an illuminated surround and split headlamps with upper lighting elements made of Swarovski crystals.

The i7 will effectively be an electric version of the next-generation 7-series sedan, which will serve as BMW’s flagship car model. It will compete with the Mercedes EQS and other large EV luxury sedans, and BMW has already previewed its overall shape with photos of the prototype model testing. It is set to make its debut in 2022 and will probably hit the US market in 2023.

The Blazer EV features a hunched-down stance and a refined design that gives it more upmarket appeal than the gas-engined model. This Mustang Mach-E and Model Y .  While announcing other EV additions to its lineup during CES 2022, Chevy confirmed an all-electric Blazer for 2023. This will give Chevy a slightly larger electric crossover than the Bolt EUV.

The Faraday Future FF91 once looked like it was going to make waves, but will it ever reach production? We first saw the FF91 at CES 2017, and the startup said the car was ready for production. Recently a prototype was seen testing at its production plant in Hanford, California. It gets a claimed 1050 horsepower from two rear-mounted electric motors, as well as an available front-mounted motor. Faraday Future claims that the big crossover can blast from zero to 60 mph in 2.4 seconds. The 130.0-kWh battery pack made in partnership with LG Chem is said to offer an estimated 378-mile range.

The next all-electric Ford may be the Explorer. After all, it is America’s best-selling three-row SUV. It’s all part of making 40 percent of Ford’s lineup EVs by 2030. Expect the new Explorer to be available by 2023.

The Ford Explorer is among the most popular SUVs sold in the U.S., so giving it the fully electric treatment is an obvious move. Ford announced in May 2021 that its three-row SUV would be joining the Mustang Mach-E and the E-Transit electric van in Ford’s growing electric lineup. Though the current Explorer offers a 318-hp hybrid V-6 powertrain, we suspect that, like with the Mach-E and F-150 Lightning, there are rear- and all-wheel-drive Explorer EV models planned

GMC plans to build the Sierra EV pickup along with the Hummer EV and Chevrolet Silverado EV at Factory Zero in Michigan. Beyond that, we only have a guess as to what a GMC truck could be. Like the gasoline versions, the Sierra is expected to have different styling inside and out, but will otherwise be mechanically identical to the Silverado EV. This means that it is also likely to share the fixed glass roof and rear-wheel-steering setup of the Silverado EV.

Kia’s all-new three-row, all-electric SUV will begin production in 2024 for US sales in 2023. With ample passenger and cargo space, the EV9 is said to have a range of 300 miles and DC fast charging time. 80 percent in 20 minutes. All-wheel drive will be an available option.

Kia is expanding its EV lineup literally and figuratively with this big three-row SUV that will eventually sit alongside the gas-powered Telluride. The EV9 concept pictured here exhibits a chunky, squared-off look that would make it into production, though some of the more fanciful design details would be missing. Three rows of seats will be standard and Kia says it will offer a driving range of 300 miles.

Aston Martin has relaunched the Lagonda name as an electric luxury brand for the upper crust. Its wagon hull runs on the same platform as the Aston Martin DBX, which makes us wonder how close the electric DBX is to production. Aston boss Andy Palmer told us he expects the electric model’s performance to be similar to the brand’s gasoline counterparts and that he expects more than 300 miles between trips to the Plug.

An amped up all-electric version of Mercedes’ boxy off-roader is coming, but no one knows exactly when. Our money is on 2024. The all-terrain EV will sport a single motor at each wheel and sophisticated independent front suspension.

Mercedes-Benz is giving the EV treatment to its beloved G-wagen. The company introduced this concept at the 2021 Munich Auto Show. The EQG will have a motor on each wheel for four wheel drive capability. Pricing, range and horsepower details have not been disclosed. Some automakers have teased an off-road EV, but when the EQG is likely to arrive next year, it will compete with the GMC Hummer EV.

The production Tesla Cybertruck will be a slightly smaller and more practical than the concept version. Tesla CEO and co-founder Elon Musk has confirmed the company has locked the final design of the Tesla Cybertruck. During the company’s Q2 2022 earnings conference call on July 20, 2022, Musk said that Cybertruck deliveries should hopefully start in mid-2023.