Some Brilliant Used BMWs That Have Stood the Test of Time 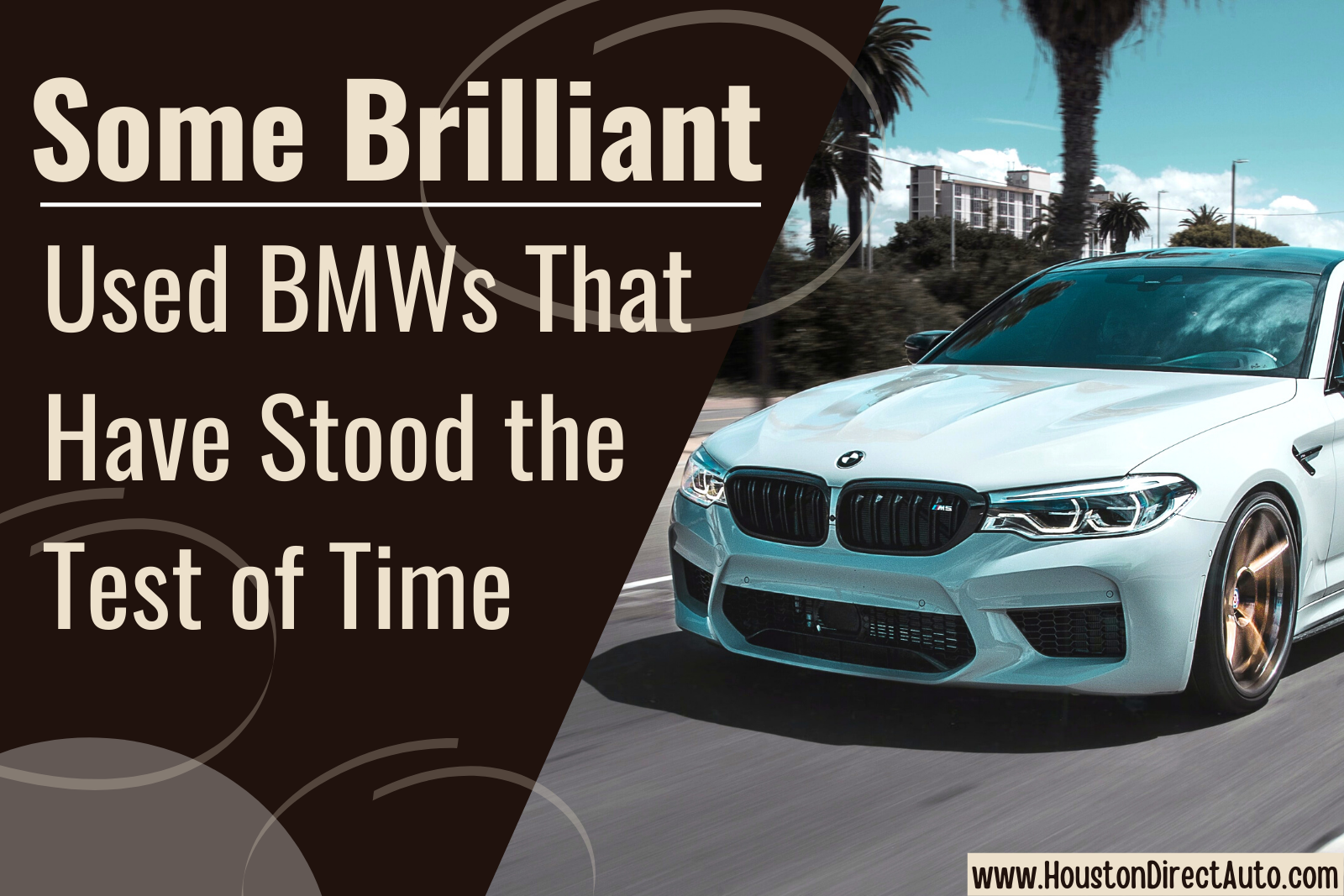 BMWs are incredible machines that deliver superb performance. They depreciate quickly, so you can get a relatively new one for not a lot of money. BMW also has incredible suspension tuning abilities, which allow the cars to handle phenomenally. A significant factor contributing to BMWs’ excellent handling is the fact that all the vehicles are either rear-wheel drive or all-wheel drive. Regardless of what BMW emphasizes in their cars, whether it be commuting or performance, comfort and ride quality always seem to be the top priorities. Below, we have listed some brilliant used BMWs you should look for when you visit car dealerships in Texas:

BMW 128i(2008-2011) – BMW Used Cars In Houston TX: The BMW 128i introduced between 2008 to 2011 comes equipped with the 3.0-liter N52 engine that generates up to 230 horsepower. No matter which engine was chosen, it was nimble from its BMW tuned suspension and shifted smoothly. Also, the vehicle comes with an optional six-speed manual transmission. The automatic wasn’t anything to sneeze at either. Furthermore. you can find a 128i for as little as $9,000 thanks to the aforementioned depreciation.

BMW 328i(2006-2011) – Certified Used BMW In Houston TX: When it comes to the 1-Series BMW, a major complaint is its cramped interior, but a 3-Series sedan can easily resolve this. There will be a similar feeling to the 1-Series, where the suspension will provide nimble handling, the engine will provide smooth acceleration, and the transmission will deliver seamless shifting. Currently, a 2008 BMW 328i sedan is available for $7,400.

BMW Z4 3.0si(2005-2008) – BMW Cars For Sale In Houston TX: The BMW Z4 Roadster is the most luxurious and powerful vehicle that comes equipped with the N52 engine that can produce more than 260 horsepower. Despite being a bit on the small side for taller drivers, the Z4 did provide good traction and was more reliable than the average car. Due to its small size, the Z4 will have better handling than a sedan, and the shorter wheelbase means it will be easier to maneuver around corners. Best of all, you can get the Z4 for a whopping price of $9,800.

BMW X3(2006-2010) – BMW Certified Pre Owned In Houston TX: If you’re looking for a reliable BMW SUV, the 2006-2010 X3 is probably your best bet. The BMW X3 is comfortable, rides very high and feels a lot quicker than it is. Alongside, the suspension absorbs most of what the road has to throw at you. In addition, you’re even looking at more than 23 mpg on average, which isn’t bad for a BMW SUV. You can easily get the BMW X3 for $8,000 or less, thanks to the infamous BMW depreciation.

No car is 100% reliable to the point where nothing ever breaks. The good news is that you can look for a car that’s less likely to break than those others. Alongside, you should also search for the best place to search for used cars in your area to grab the best deal. Houston Direct Auto is the top-rated car dealership in the Greater Houston Area for offering reliable and affordable used vehicles. We have available 600+ used cars of different makes and models including a Used BMW Near Me In Houston TX. Alongside, we help credit-challenged car shoppers in getting approved for the car loan easily. Stop by our car dealership to check out our inventory and take a test drive. For further queries, feel free to contact our experienced staff members today !!