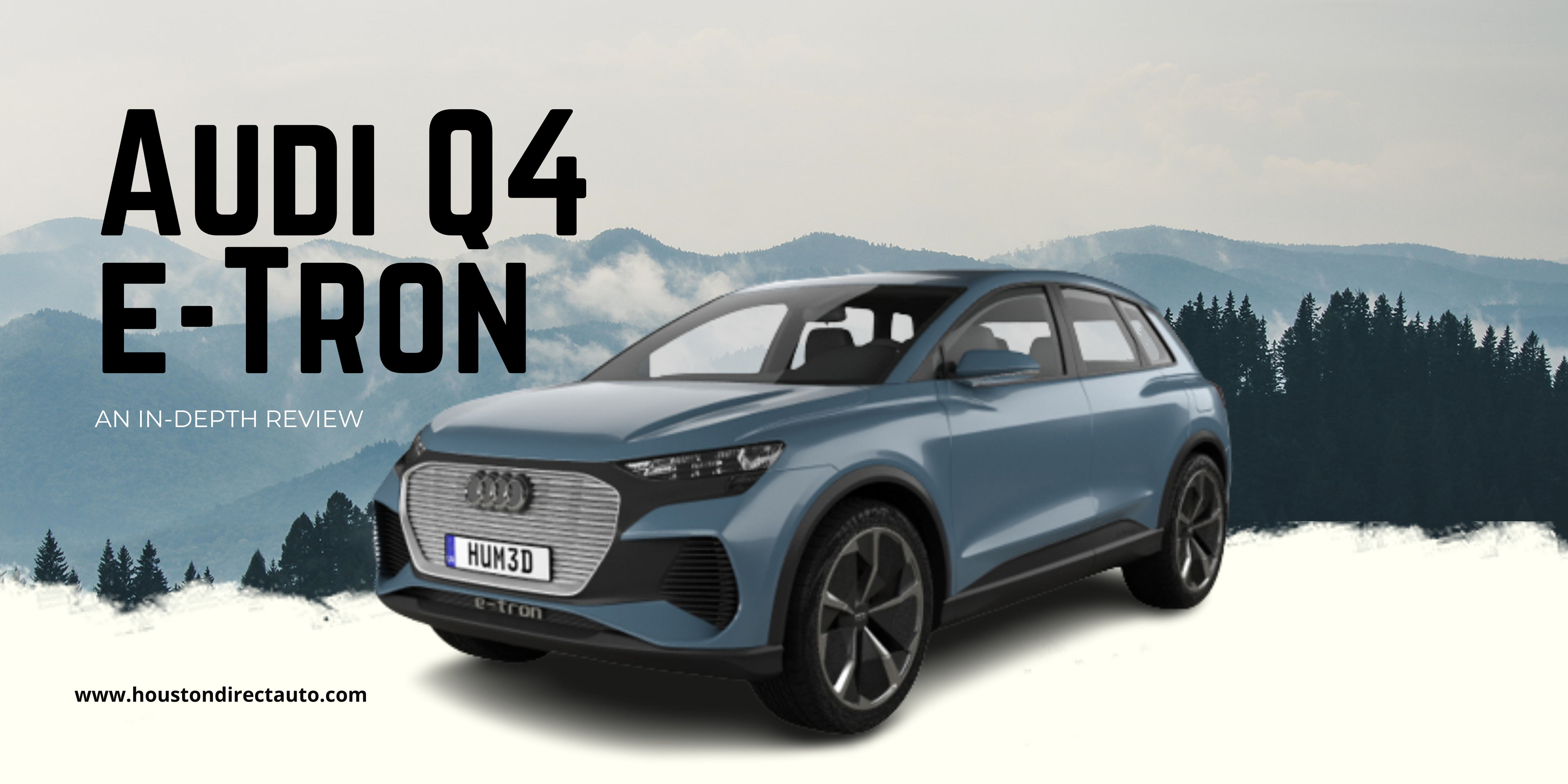 The all-new Audi Q4 e Tron and Q4 Sportback e Tron are about as cutting edge as it gets in the premium compact SUV segment. They boast impressive powertrains and an innovative design. They are also certified to be among the most efficient SUVs today, thanks to the company’s pioneering e-Tron technology. Are they still trying to convince?

Carrying the prestigious Audi badge, the Audi Q4 e-Tronic and its Sportback e-Tron coupe sibling bring forth a compelling proposition for shoppers interested in electric vehicles but not as daring as some EV early adopters. While not as powerful or sporty as some of its premium electric SUV competitors, the 2022 Audi Q4 eTron offers an accessible and intuitive driving experience that places it among the top contenders in the electric SUV market.

We recently had the chance to test-drive both models and were impressed with their performance. The Q4 e-Tron and Q4 Sportback e-Tron deliver an extraordinary driving experience that can satisfy the more daring EV shoppers looking for a sportier ride and traditional luxury SUV customers.

Audi is leading the charge in the electric vehicle space with the Q4 e-Tron family of SUVs. Offering an accessible and intuitive driving experience at a more affordable price point, these vehicles are sure to be a hit with customers looking for an electric SUV to deliver a smooth and comfortable ride.

The road, tire, and wind noise were more present than expected in an electric SUV, but it’s understandable since there isn’t an internal-combustion engine to muffle the sound. At higher speeds, additional wind noise was noticeable. Despite the forward position of the A-pillars, forward visibility was satisfactory from my seat. On the other hand, rear visibility was not ideal, particularly in the Sportback. The rear head restraints are in the way, and the rear spoiler in the Sportback splits the rear windscreen, further blocking the view.

Within the Q4 e-Tron, drivers will find a traditional layout. And straightforward control design, with physical climate and audio controls and four window switches on the driver’s side. Its intuitive and user-friendly infotainment system is a pleasant surprise compared to the ID—4’s occasionally confusing system. However, the controls on the steering wheel are touch-sensitive, which professional reviewers and consumers don’t typically prefer. Audi’s touch-sensitive controls offer haptic feedback and require intentional input, which is preferable to Mercedes-Benz’s system and can lead to unintended inputs.

A relatively modest power output version makes 201 horsepower, and the dual-motor AWD model has 295 hp. Results in an Audi-estimated 0-60 mph time of 5.8 seconds, making the dual-motor version no slouch when it comes to swift acceleration from stoplight to stoplight, thanks to the electric motor’s instant torque. The Q4 e-Tron’s acceleration is impressive for passing and merging on the highway, but acceleration becomes sluggish at higher speeds. Changing drive modes has little effect on the car’s overall character; throttle response and the steering don’t feel different, and the latter gets slightly heavier when switching to Dynamic mode. We preferred the Q4 e-Tron’s Dynamic mode, which gave us a heavier steering feel.

The Q4 e-Tron and Q4 Sportback e-Tron will not impress shoppers regarding range. The RWD Q4 e-Tron is estimated to have a maximum range of 265 miles, while the AWD model is estimated to have a range of 236 miles (and an Audi-estimated 242 miles for the Q4 Sportback e-Tron). The range is comparable to Volvo’s compact electric SUVs and the Genesis GV60. The vehicle falls behind the Model Y, some versions of the Ioniq 5, and specific versions of the Kia EV6 during my drive, which featured a mix of roads and varying speeds; we observed an efficiency of 3 miles per kilowatt-hour, which is close to the vehicle’s estimated efficiency.

The Q4 e-Tron offers a range of estimates that may be of interest to those planning road trips, with the ability to DC fast-charge up to 150 kilowatts. Charging rate will take the battery 5% to 80% in as little as 36 minutes, though this is slower than models like the EV6, Ioniq 5, and GV60. Suggests that the Q4 e-Tron is best suited for shorter journeys as a secondary or commuter vehicle.

All models of the Q4 e-Tron come equipped with a 40-amp Level 2 mobile charger, enabling charging up to 9.6 kW from a 240-volt outlet, and is estimated to reach a full charge in nine hours. Buyers can opt for the 48-amp Level 2 charging, which increases the charging rate to 11.5 kW and decreases the charging time to 7.5 hours. For this, buyers will need a hardwired charger. Audi offers partnerships with Electrify America and Qmerit for those who wish to source and install a home-charging setup.

The Audi Q4 e-Tron earned the IIHS’s highest, the Top Safety Pick Plus designation rating of “Good” in all crash tests, earning it the title of Top Safety Pick+. Standard safety features on all Q4 e-Tron models include forward collision warning with automated emergency braking, lane departure warning, blind spot monitoring with rear cross-traffic alerts, and parking sensors in the front and rear. The Premium Plus trim comes with adaptive cruise control and lane assist. The Prestige trim boasts matrix-design headlights that intelligently block portions of the high beams to prevent blinding oncoming traffic and a traffic sign reader. While the National Highway Traffic Administration (NHTSA) has yet to release crash test results, the formidable safety features in the Q4 e-Tron make it an incredibly safe vehicle.

The Q4 e-Tron is an exceedingly “normal” SUV, providing a visual and functional experience akin to a regular SUV but with the added benefit of electrification. Tesla may attract a particular kind of cutting-edge consumer. At the same time, other manufacturers may be more futuristic in their styling, but the Q4 e-Tron aims to provide an SUV to luxury-minded buyers. At a starting price of just under $50,000 for the single-motor RWD model and prices reaching well over $60,000 with options for the AWD model, the Q4 e-Tron is a premium, near-luxury vehicle. And for such money, buyers are rewarded with a competent electric vehicle that drives well and has an intuitive interior, all topped off with that luxurious badge.