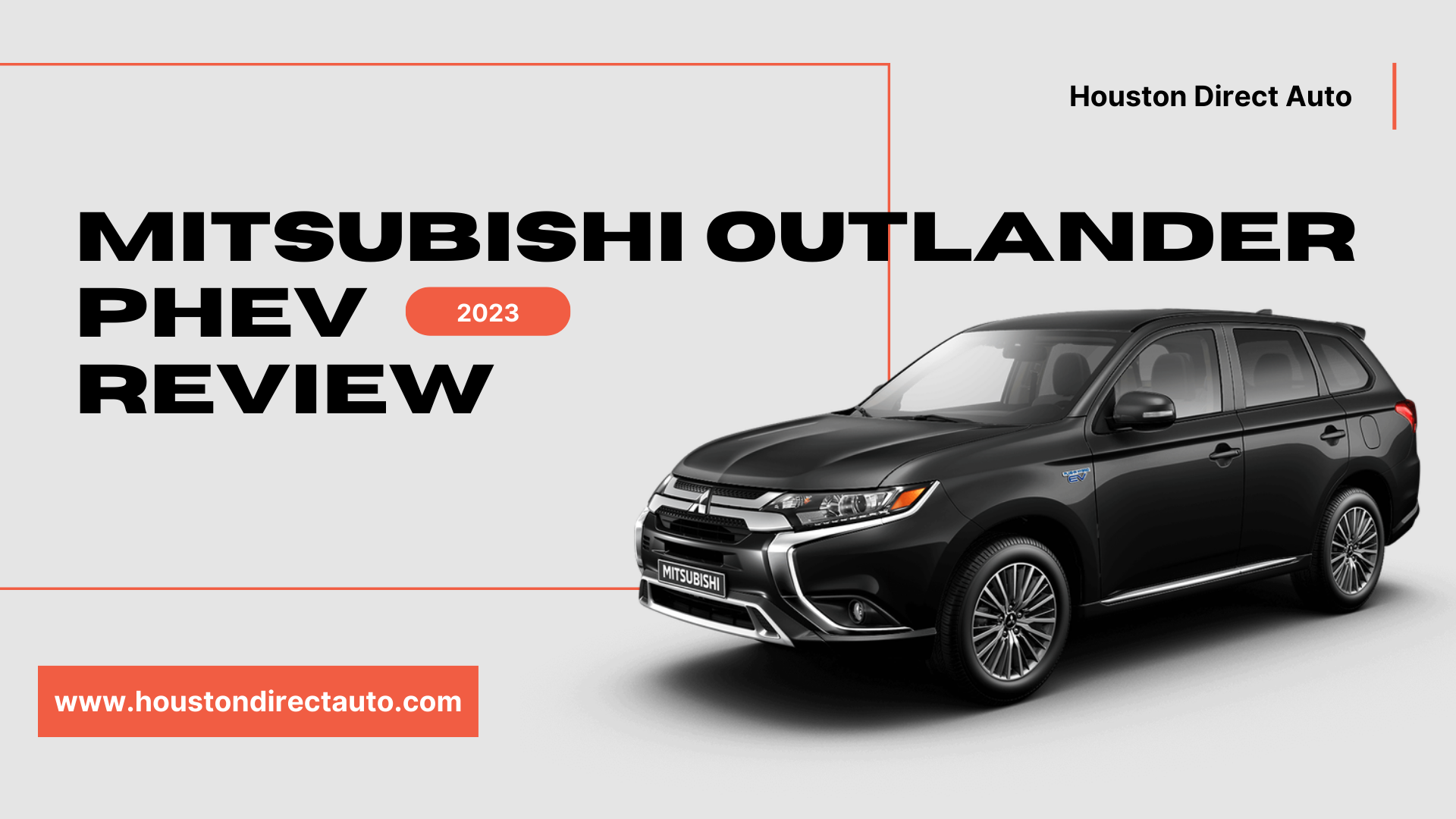 The 2023 Mitsubishi Outlander PHEV offers a host of interior upgrades, making it a much more competitive option than its gas-engine sibling. Not only that, but its plug-in hybrid powertrain grants you quicker acceleration, a more extended battery range, extra heft, and a more cost-effective drive.

When pitted against its competitors, the Outlander PHEV has the added advantage of offering a standard third row of seats, providing you more utility than some compact SUVs. However, it falls short of efficiency and all-electric range compared to the competition.

Mitsubishi has redefined the Outlander for 2022, with a complete redesign of the gas-only version and an all-new plug-in hybrid version for the 2023 model year. The Outlander, part of the Renault-Nissan Alliance, shares the same platform as the Nissan Rogue. Experience a full suite of safety features, enhanced driving dynamics, and a re-engineered powertrain for an unbeatable adventure option.

The upgrades to the 2023 Outlander PHEV make it a much more capable car than the previous 2021 and current gas-only Outlander models, with 27 hp more than the former and 67 hp more than the latter. You’ll immediately notice the quicker acceleration and smoother ride from the extra power when driving. Although the mechanical noises and four-cylinder engine can grate under hard acceleration, the new Outlander PHEV is an impressive and powerful vehicle.

Discovering the Outlander PHEV’s driving modes on the track at the Polecat Training Center was a fun experience! With Normal mode, the car decides which powertrain components to use. EV mode is for all-electric driving, Charge mode recharges the battery with the gas engine, and Save mode uses the gas engine only, preserving the battery. Then there are terrain-specific modes such as Tarmac, Gravel, Snow, and Mud, as well as Eco, Normal, and Power. Though the car isn’t “track-ready,” Power mode maximizes acceleration, and Tarmac mode tightens the steering feel for improved steering communication and higher-performance driving on dry pavement. Although the steering feel is a bit numb, as is typical for its class, this was still an excellent opportunity for an adventurous drive with the Outlander PHEV!

The Outlander PHEV is more capable off-road than you might expect. I could take it through mud and grass, performing doughnuts, and never got stuck, even with its street-oriented tires. No matter how hard I tried, the Outlander PHEV proved me wrong – it’s one rugged SUV!

The good news is that the Outlander PHEV looks and performs just like its gas-only counterpart but with a few extra features that provide an even more enjoyable driving experience. Inside the cabin, you’ll find an ergonomic and comfortable interior design with an easy-to-use infotainment system that comes with standard Android Auto and wireless Apple CarPlay. For a truly luxurious look, you can control climate and audio settings with various physical buttons – no more pesky touch-sensitive buttons here. And if you’re looking for further comfort, you can also opt for the available massaging front seats, something you won’t often find in vehicles of this class from mainstream manufacturers. The second row also has plenty of headroom, shoulder room, and legroom, so your passengers can enjoy a comfortable ride.

Unfortunately, the standard two-person third row in the Outlander PHEV is unsuitable for adults, even with the second row moving forward. The third-row head restraints (shaped like battle droids from the “Star Wars” prequels) impair visibility so much that it’s best to leave them folded away when not carrying passengers. The Outlander could have fared better in our most recent compact SUV comparison test, partially because of the third row’s shortcomings. For this reason, we would prefer it if Mitsubishi made the Outlander and Outlander PHEV’s third row optional.

The all-new 2021 Toyota Prius Prime introduces exciting changes to its plug-in hybrid drivetrain, adding two new buttons to the center console for its Innovative Pedal one-pedal driving system and a PHEV-specific EV button to seamlessly switch between electric and gas modes. The digital gauge cluster has been tailored to the plug-in hybrid drivetrain to stay informed during every drive, providing access to specific power flow and delivery meters, battery charge state, electric range, and more. Upgrade your hybrid driving experience with the Toyota Prius Prime.

The exterior changes to the PHEV are subtle yet unmistakable, with unique badging on the front doors and rear liftgate, and an eye-catching charging port door. These stylish details convey the vehicle’s green credentials, allowing you to make a statement with your drive.

Take advantage of the best of worlds and maximize your electric driving experience with the Outlander PHEV! With its 38 miles of all-electric range, home charging can let you power your daily commute with electric power before charging overnight and repeating it the next day. Enjoy greater convenience and money-saving benefits from having your charging station at home.

The all-new 2023 Mitsubishi Outlander PHEV has features priced from $41,190, including destination. But for those who want to go all-in with a top-of-the-line SEL Premium model like the one we tested, you’re looking at an MSRP of just over $50,000. That’s a lot for a Mitsubishi, no doubt—but what’s even more remarkable is that prices for most vehicles have skyrocketed in recent years, making the Outlander PHEV even more of a bargain. And up until recently, you could even take advantage of a $7,500 federal tax credit with this model. Sadly that’s no longer an option, but other competitors like the RAV4 Prime are in the same boat. Still, Outlander’s impressive features and performance more than justify its price tag, even by today’s standards.