Guide To Buying A Used Porsche That You Can Easily Afford 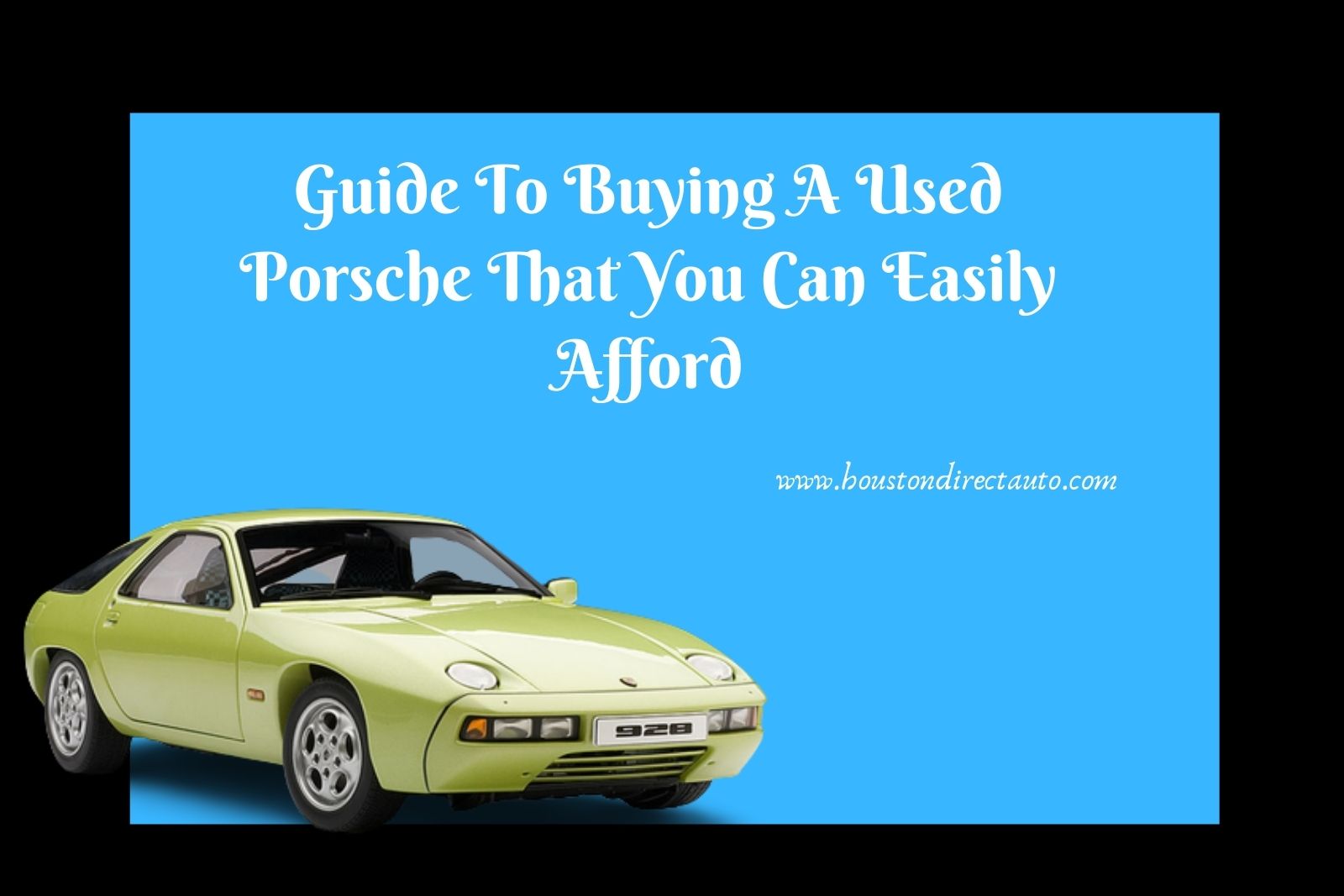 Many people in America dreamt of having a luxury vehicle, however, it is not that easy. Nowadays, the prices of luxury vehicles are too high. Fortunately, you can achieve their dream of having a luxurious Porsche vehicle by opting for a used one. But the only real question is this: Which Porsche should you consider? If the only image you have in your head is of a Cayenne or 911 from a decade, then you’re missing out. As there are some truly reliable and wonderful cars built between 1970 and 1980. Below, we have picked out five models you can easily find at Car Dealerships Near Me in Texas. Let’s check it out below –

Used Porsche 911 – Used Porsche For Sale In Houston TX: There are many 911s available that may be out of range, but not all. Some models fall in the price range of $20,000. You can get a good second-generation relatively affordable. However, we prefer the 911 models launched between 1999 and 2005. Also known as the 996. It comes equipped with a 3.4-liter water-cooled engine that was related to the existing Boxster. It delivered the 300-horsepower Porsche Carrera from 2000-2001. It is also slightly more reliable than the 1999 version and can be found everywhere.

Used Porsche 914 – Cars For Sale Around Me: The Porsche 914 was also one of the best-selling used cars available in the American market. These models were popular for their affordability and built with racing and tuning capabilities that lasted for a long. It comes in four variants between 1970 and 1976. The most desirable thing is the six-cylinder which generally starts over $50,000. The 2.0-liter four-cylinder cars from 1975-76 are a quarter of the price and offer 75% of the performance.

Used Porsche Boxster – Automobile Dealers Near Me: For those who are in the market for a luxury used car, the Boxster has been around for 20 years. This was the first affordable Porsche in two decades, and it didn’t compromise on performance. The fact that over 300,000 Boxsters have sold to date means they are seriously cheap. Also, it helps a bit with performance, getting you 225 hp from the 2.7-liter engine. Also, the S suspension and a glass back window come standard. It is recommended to inspect the pre-owned Boxster before finalizing your deal.

Used Porsche 928 – Car Dealerships Near Me: Here is where Porsche moves into an unfamiliar category. The Porsche 928 wasn’t a sports car. However, it looks a lot like a muscle car. The Porsche 928 S4 was introduced in 1987 that generates 320-hp to deliver a 6.0-second car that could hit 165mph. Aside from the 1992-’95 GTS, they’re all very reasonably priced, so there’s no reason to settle for one that has expensive needs. It is also the most reliable vehicle to consider. It comes loaded with all the luxury electronics on its dashboard.

These are some of our topmost picks when it comes to finding an affordable Porsche automobile. If you are searching for reliable vehicles, Houston Direct Auto is the most reputed car dealership. We have an extensive collection of automobiles of different makes and models including Used Porsche For Sale In Houston TX. Our staff assists car shoppers in choosing the right vehicle and allows them to purchase the vehicle they are interested in from the comfort of home. Also, we offer dozens of financing options to help buyers with bad credit and no credit issues. To know more details, feel free to contact us today!!