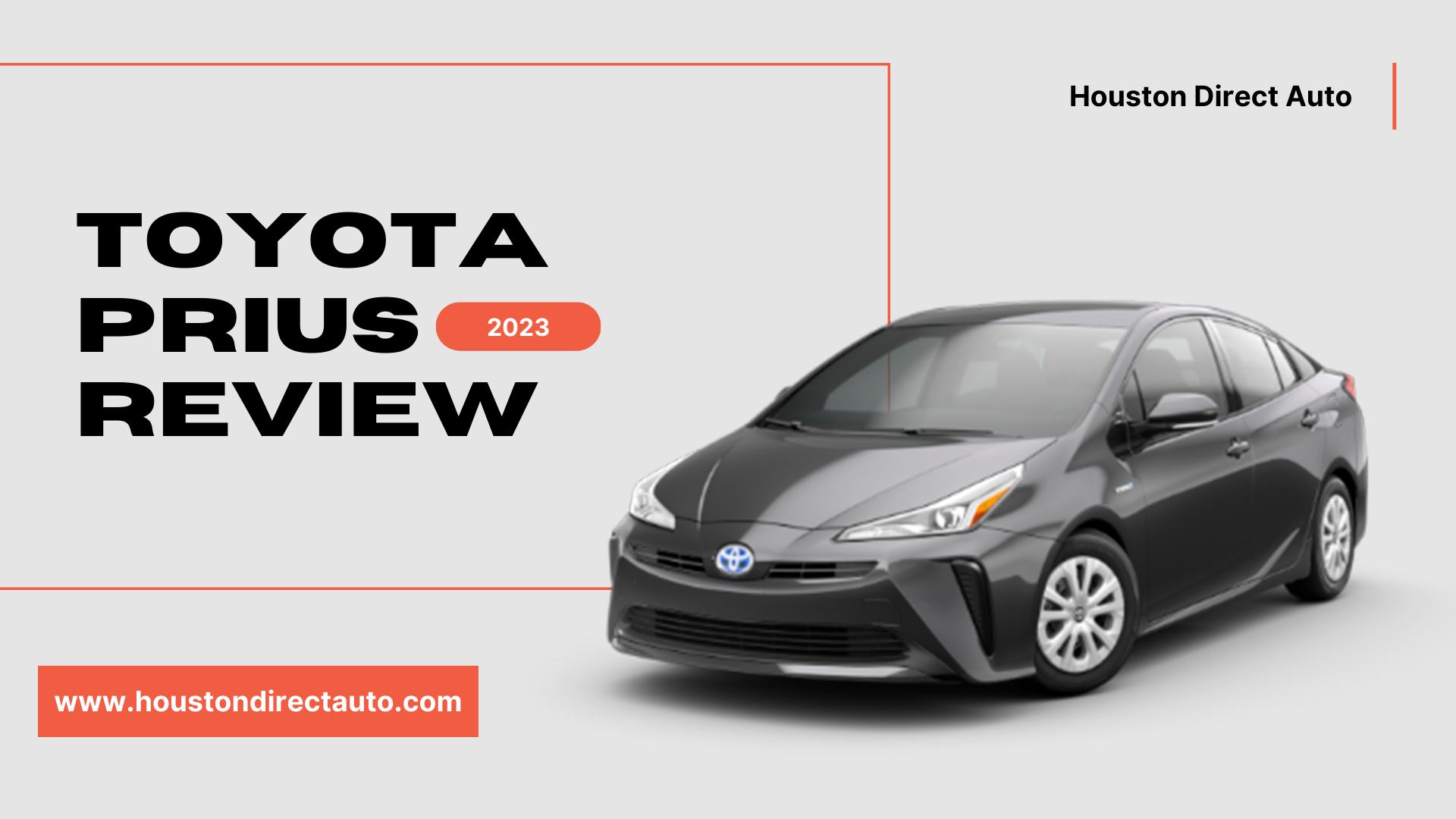 Toyota’s updated Prius of 2023, boasting quickness and chic styling, is attempting to attract younger buyers. Although fuel efficiency stands tall compared to rivals, other aspects like cabin quality, technological advancement, coziness, storage space, and affordability have not kept up with the competition; hence, the new Prius will likely rely on its attractive design and dependable name to captivate interest.

Time continues to pass rapidly within the auto industry, as in all aspects of life. The Toyota Prius was once viewed as the essential car for individuals seeking a more ecologically conscious image; however, with its rivals’ hybrids and specifically all-electric vehicles entering the scene, its formerly held place of prominence has been eliminated.

Toyota’s latest Prius offers a vastly improved driving experience compared to its predecessors. Its sportier demeanor, achieved through the lowering of its center of gravity, re-engineered seating position, and power increase, complemented by 19-inch wheels and tires on certain test cars, make it far more enjoyable to drive than expected for such a car. A rolling start is significantly more impressive than a standing one, yet the distinct droning sound from the CVT transmission still pervades when moving around the town.

The ride quality was remarkable, providing supple damping over bumpy terrain and enhanced body roll control. The brakes have also notably improved; pedal feedback is very responsive, and the stopping power is dependable. With the adaptive regeneration integrated with the collision system, you will gradually become more accustomed to its operation. It produces an experience akin to cruise control that follows surrounding traffic, even when it is not engaged. I grew fond of it soon enough.

There is a substantial increase in power output, with the front-wheel-drive variant generating 194 horsepower and the all-wheel-drive model producing 196 hp (Toyota has not revealed torque ratings). The AWD system works at all speeds now, providing more control in slippery circumstances than when it cut out above 43 mph. When I tested acceleration and maneuvering, there wasn’t much distinction between the FWD and AWD models. Unless you have an urgent need for AWD where you live, this version provides no further benefit as it is available across all trims.

The fuel economy of the Prius LE FWD is 57/56/57 mpg city/highway/combined, while its AWD version slightly decreases to 53/54/54 mpg. Similarly, XLE and Limited FWD have a fuel economy rating of 52/52/52 mpg, and the AWD model drops to 49/50/49 mpg. Toyota utilized 91-octane premium fuel to obtain these numbers; if you’d like to match them, you must use this costlier gas – though it isn’t mandatory.

The car’s external appearance is impressive; however, it’s more mundane internally. It has a layout similar to the bZ4X all-electric vehicle, with the instrument cluster situated above the driver, forcing them to look over their steering wheel for visibility. Although this setup is viable for most people, it doesn’t offer an accurate head-up display as a substitute.

The LE and XLE trims have an 8-inch touchscreen as a dashboard display, while the Limited top edge (optional on the XLE) has a 12.3-inch screen. The Toyota Audio Multimedia system runs well despite its unused screen space; it is simple with no multitasking capabilities or home screen, yet it is easy to navigate overall.

The issue with the Prius’s interior lies in its materials’ quality, which no longer stands up against rivals like the Kia Niro hybrid. Although it is not necessarily bad, minimal soft-touch materials are present, and none in the second row; moreover, all elements feature grain and texture, which seem very inexpensive. Despite this being similar to the preceding model, other automakers are increasingly investing in enhanced interiors containing modern tech displays and controls. The shape of the steering wheel is odd, and while its look could be more attractive, seat coverings vary between the fabric on base models and imitation leather on higher trims.

Behold! The world’s first-ever stunning Toyota Prius is here for the taking in 2023. A remarkable and dynamic makeover from its rather unusual appearance when first released in 1997, this Prius is sure to attract attention and earn nothing but praises of admiration – unlike its predecessors, who left people baffled and speechless.

Toyota accomplished this by shifting the peak of the roof several inches backward. The resulting shape rises from the front of the car and arcs along the steeply angled windshield until it reaches a point behind the front seat occupants. It combines with a refreshed rear end, similar to that found on their flagship 2023 Crown sedan, to create an entirely new look for the Prius – one which may make observers question which brand created it.

To obtain this significantly altered look, there were compromises to be made in terms of cabin space and external visibility. Headroom has taken the biggest hit; it’s hard to get in and out of the Prius, given its extreme front window and slimmer roofline. Those who measure more than 5 feet 10 inches will find they are severely limited in headspace as their necks will have to be contorted just to fit inside the car. Even with my slightly taller-than-average 5′ 11 stature, I still felt restricted as I was constantly knocking my head on the headliner. To add insult to injury, you can only take solace in the optional panoramic glass roof since this does nothing for interior headroom. There needs to be more of it now than when there was already an insufficient amount.

The new Prius offers significantly less cargo space than its predecessor, a mere seven cubic feet by Toyota’s estimate, and 20.3 behind the rear seats. Those who rely on the Prius for ride-hailing or as taxis may be met with frustration from passengers; it might be wiser to look into the Corolla Cross Hybrid instead.

Starting at $28,545 (including destination fees) for a LE model and increasing to $35,560 for a Limited trim, the 2023 Toyota Prius offers an attractive value despite reaching prices up to $39,090 when fully maxed out. Other vehicles in its class provide comparable mileage of 50 mpg and higher starting prices ranging from the mid-to high-$20,000 range, including the Kia Niro and Hyundai Elantra Hybrid with upgraded interiors and more remarkable interior space.